Here’s a shovel full of GRACE for you bro…

Ok,  so first off,  if any of you reading this know me personally then you probably know my rage and anger against other drivers. Mainly because in my mind, most people drive like complete idiots. Except for me…  (maybe I need to change my perspective..)  (that’s another blog I’m working on)

That being said I’m TRYING  to be much better and not yell, scream, swear, and tell people to pull over so much anymore.

So last Sunday at church there was an illustration where the speaker had a shovel in his hands and was showing us how when God gives us,  and shows us grace, that’s how he does it. He shovels it all over us all the time!  Then he took a spoon and said,  but this is how we distribute grace to others. God gives us so much,  but in return we don’t give to others anywhere near the same as it is given to us.

This was huge to me!! I’ve literally thought about this daily since I heard it. Then this week,  someone in my life showed me a HUGE amount of grace. They blessed me in such a huge way that I didn’t even deserve. And it was amazing.

Then today, as I’m working I needed to come out to my truck to move it to another side of the building. And this is what I saw. 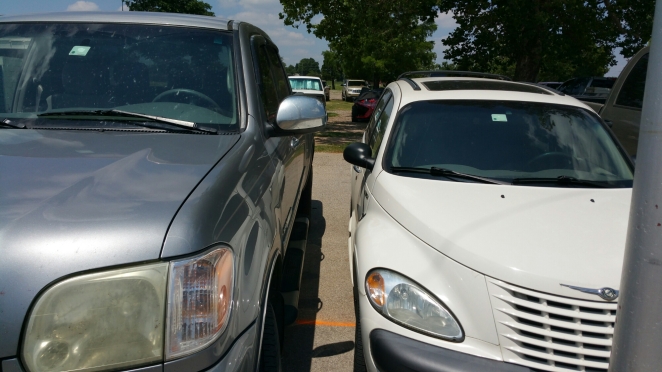 I was instantly filled with a rage and anger that I can’t even express into words!!  Furious is a walk in the park compared to what I was feeling! I couldn’t decide if I was going to shatter this guys window, or key his entire car. (both, regrettably, I have done in the past.) I finally settled on keying his car. I got a key ready that I wasn’t to worried about destroying, and I walked to the side of his car.

So….  I fought for a few more seconds in my mind, then I walked to the passenger side of my car. I was about to climb over the seat to get in my side and I said to God, I can’t let him off without AT LEAST knowing about this… So I found some paper and I wrote this note to leave on his windshield. 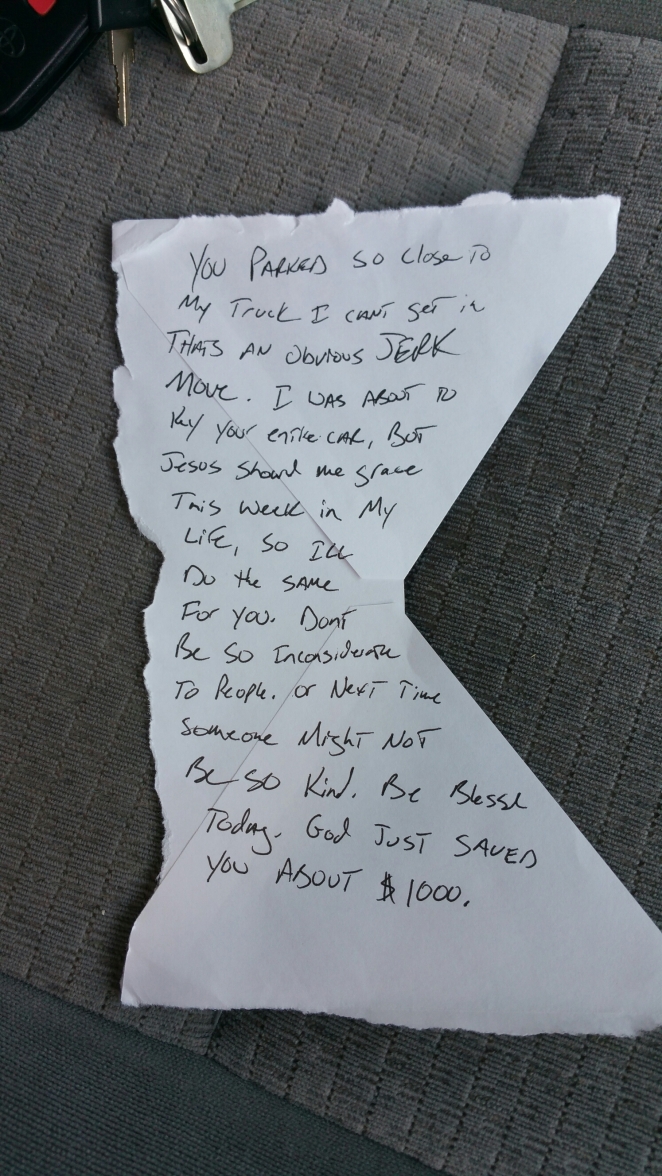 Now, I’m not saying leaving the note was right. Maybe it wasn’t. But I didn’t damage his car. I took the time to listen to God and reflect on what he taught me.

So as I still struggle to show grace and love to people on a daily basis, who I may feel don’t deserve it… I’m still trying. I’m making the effort to use the shovel instead of the spoon.

I want to encourage you all to do the same. Everyday you’re going to have an opportunity to show someone grace…

Will you use a shovel,  or a spoon? 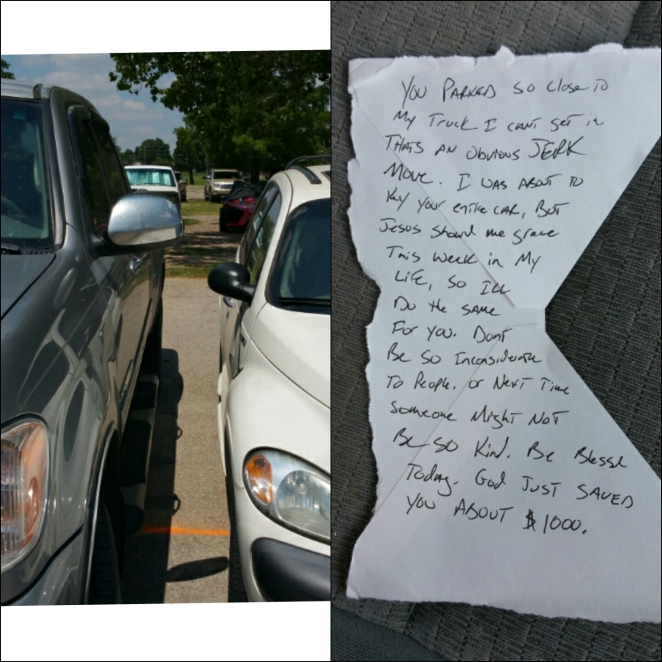